You’ve said it was hard telling Sir Alex about the desire to leave but he got back in touch with you afterwards to say he respected the decision – how valuable was his support, then and since? “It’s been brilliant. At the time, as a young lad who has been here for so long and… 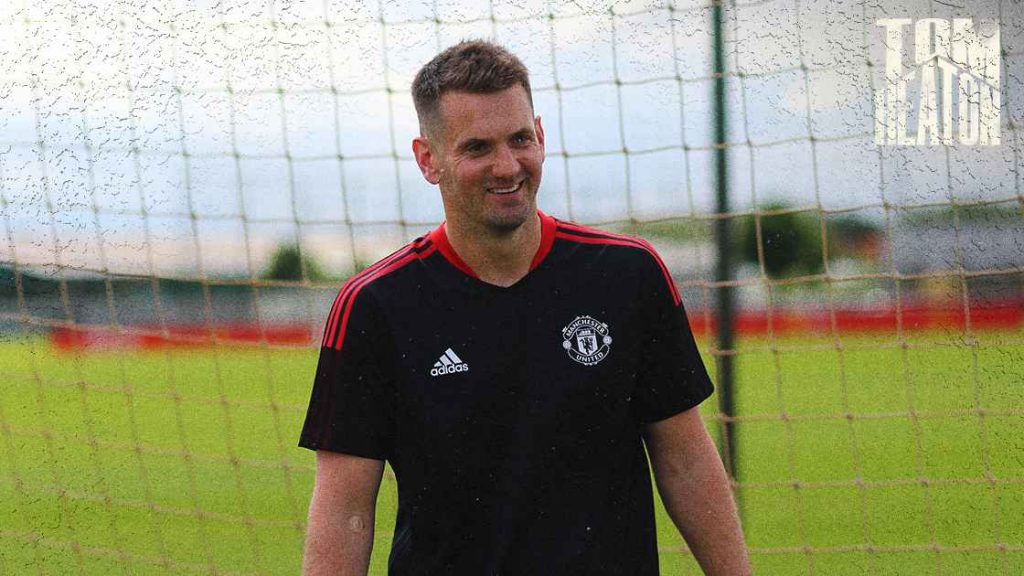 You’ve said it was hard telling Sir Alex about the desire to leave but he got back in touch with you afterwards to say he respected the decision – how valuable was his support, then and since?
“It’s been brilliant. At the time, as a young lad who has been here for so long and having such a good relationship with him, and the time and effort the football club had given me, I could understand his frustration, I think. But he accepted it. I said many times, I was back in his office in a couple of weeks and he said he would always be there for me – and he has been. I’ve come across him a few times since. As ever, you always stand up a little bit taller when you come across him. It’s been fantastic to have that blessing, if you like, after I’d gone and it felt vindicated.”

We know you have the United DNA from your time here – how much of a benefit has that character been to you over the years?
“I’ve already said, it feels like coming home and it really does. My upbringing here was second to none – the best in the world at the time for football education and, beyond that, looking after people as well. Making sure people are doing things properly was a massive part of it. The biggest thing for me, the biggest part of the Manchester United DNA is winning. There are a few factors in there too – the youth players who come up, with the way they played football and how they handle themselves. It’s all part of the Manchester United way. It’s played a massive part in my life, so far, and to be back here and be part of it again feels incredible.”

You had several loans to cut your teeth away from Old Trafford, including at Royal Antwerp, so how important do you think that is for any young keeper making their way in the game and how much did those experiences prepare you for regular senior football?
“There’s no substitution for it really, to get that practical experience, week in and week out. Things you can’t really get taught unless you go through it. You can have all the technical and physical ability that can be given but, beyond that, you need to know how to handle situations, decision-making under pressure, when it really matters. When I left here, I’d had eight or nine loan spells and they have all given me different experience. It gives you a really good platform to step on to the next part of my career and that is exactly how I looked at it. In general, for goalkeepers, that loan experience and getting that match experience when it really matters is vital. It really needs to be done.”