Joe Hugill scored some goals when he came in – was that a surprise for him to do that so quickly in his young career, considering his age?“Probably. I suppose quite quickly, D’Mani [Mellor] was injured in pre-season so it left us without a natural striker really, so we tried to patch it up a… 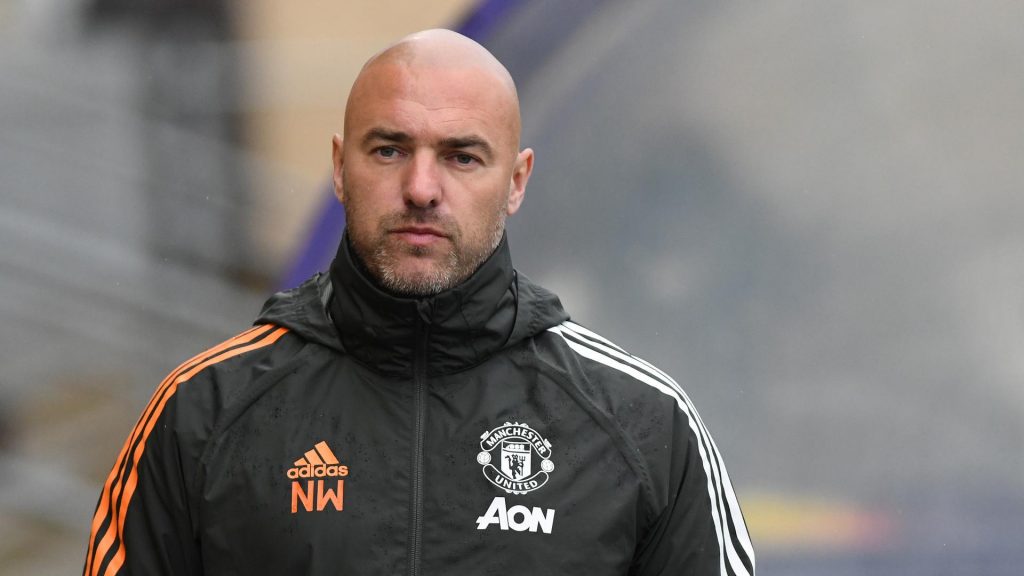 Joe Hugill scored some goals when he came in – was that a surprise for him to do that so quickly in his young career, considering his age?
“Probably. I suppose quite quickly, D’Mani [Mellor] was injured in pre-season so it left us without a natural striker really, so we tried to patch it up a little bit. Mark Helm played as a false nine early in the season against Salford, but we felt it was right to push an actual striker up there and let Mark play in his natural position. Joe came in, did quite well, played against Blackburn, scored two goals from two chances in what was quite a frustrating game, again another physical game. He took his chances and then we went to Rochdale in the EFL [Trophy] after that and he did really well, we drew 0-0 but he did really well. Rochdale defended pretty much with a back five and gave us respect with how they set up, but it was a difficult night to try and break that down, but Joe did really well, he was holding up the ball well, he was bringing his teammates into play, we could play off him, so we were pleased when he first came up with his initial performances.”

That sparked a bit of a run then, we went on a run of victories and playing in a way I know you like us to play; very entertaining and good fast-flowing football, wasn’t it?
“We picked up some wins after that and I think the performance was the most important thing. I think even when we were losing games at the start of the season, when we started to draw, the confidence was still quite high, you could sense it in the training, they were training well, they were believing the way they were training could portray into the games and it was just a matter of time before it started to click together. Once we started to perform the way we could, we know we could attack and really impose our power and speed on games, it started to come together a bit, we started to play entertaining, attacking football and it was pleasing to see that.”

We got a draw with City, who went on to win the league, so that was a good result all told and then we played Chelsea just before Christmas and that was a bit disappointing wasn’t it with the way that one panned out?
“Yeah, I think that was the big double-header in December. Playing City at home, that was a bit of a feisty game and we were a little bit disappointed that we didn’t win that game. We went in leading 2-1 at half-time and we took our foot off the gas for the second half when we should have gone for it a bit more. I think we were a little bit too cagey, we were a little bit happy we were winning when we could have finished them off and got a third goal. So, we came out of the back of that game a little bit disappointed we didn’t finish them off properly and I think that was a good time that the players knew, I think it was a good time for the improvement we’ve made in the short space of time and we felt confident going to Chelsea. I think that was just one of those games you just try and forget about it as soon as you can. We made two mistakes in the first two minutes, we knew what Chelsea were going to do, we knew what formation they were going to play, we knew the type of runs and it was frustrating, pretty much the two things we homed in on was two mistakes to give them two goals. Chelsea are a good team, they’re a strong team but even though we went 2-0 down, we had a lot of the play, they didn’t score until probably the 38th or 39th minute and up until that point, we had some good periods of possession. I spoke to the Chelsea coaches and they said it was probably the first game this season that they’ve not been able to dominate the play in the opponents’ half. So, they gave us a bit of credit there and I felt like we could have got back into the game. It would have been easy just to defend, go five across the back, but I don’t think that’s the right way for this club. This club has always been on the front foot, trying to take games to teams and attack the other team. So, we tried to go for it a little bit, then we conceded the fourth, a penalty, which was probably five minutes after half-time, which kind of knocked the wind out of our sails a bit and then you know any team that has that lead becomes confident and it becomes quite enjoyable for them to play. But we kept going and Joe scored a goal, a nice teamwork goal towards the end, a cutback from Alvaro [Fernández] to finish at the near post so that was pleasing for them two individually, Alvaro with the quality of his crossing and Joe with his finishing.”

We then started to do it to other teams, we had a great spell, we hit six against Liverpool and Blackburn and then beat Arsenal 3-0, we had a great run there, lots of goals, lots of excellent play wasn’t it?
“Yeah, we came back in January and we played Leicester away, some really good football and again gave three goals away which were unbelievable goals to give away and really, we should have beaten them quite convincingly. So, yeah, we had a bit of a chat after the game shall we say, then played Liverpool away and scored some good goals, played some good attacking football, Blackburn at home was a strange game because at one point we were 4-2 down which we didn’t deserve to be. If you were watching the game, you wouldn’t have thought with the performance they were the team 4-2 down. But they fought their way back into it with some real quality and ended up winning 6-4 which was great two weeks on the bounce to score six goals. Then we played Arsenal at home and again we beat them quite well, it was quite a turning point in the season in terms of performances and some individuals stepping up and showing the quality they have.”

Microsoft is a Leader in The Forrester Wave: CRM Suites, Q3 2022

Microsoft is a Leader in The Forrester Wave: CRM Suites, Q3 2022