The 2021 Arteon. Disclaimer: Only drive where it is permitted and always stay on provided roads and paths. See owner’s manual. Over the past four decades, the number of vehicles Americans drive and distance they cover every year has grown dramatically – with some 276 million vehicles registered as of 2019, traveling 3 trillion miles… 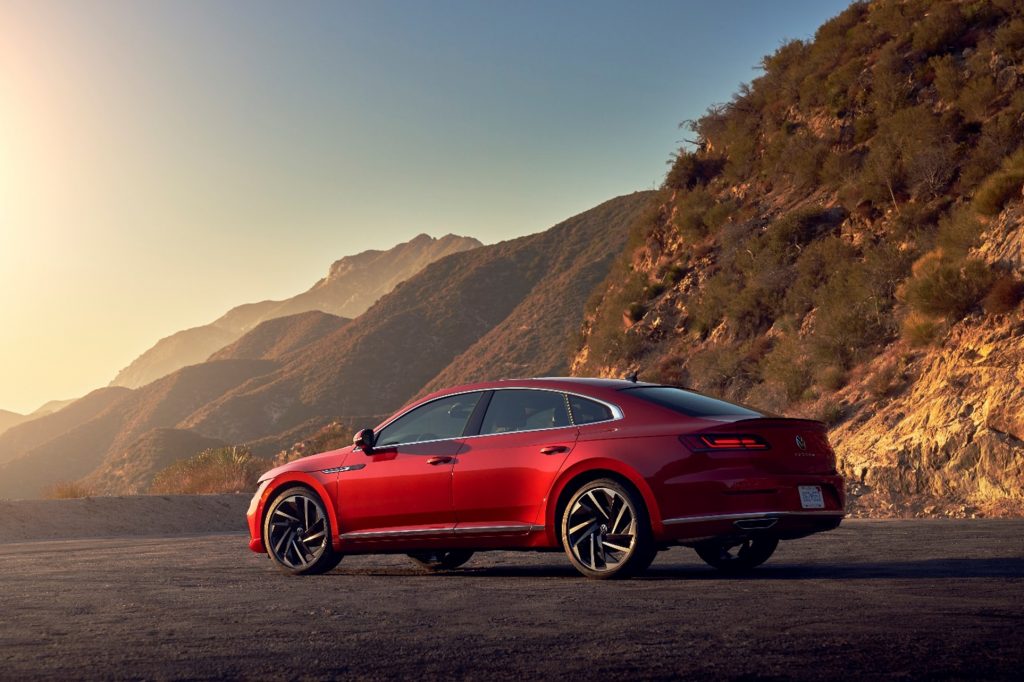 The 2021 Arteon. Disclaimer: Only drive where it is permitted and always stay on provided roads and paths. See owner’s manual.

Over the past four decades, the number of vehicles Americans drive and distance they cover every year has grown dramatically – with some 276 million vehicles registered as of 2019, traveling 3 trillion miles a year.1 And yet, the rate of crash deaths per 100,000 people in 2019 was around half of what it was four decades ago. That’s due to the work of federal and industry crash-safety standards, which have driven innovations in vehicle safety and helped save thousands of lives.

In the United States, two groups test and rate vehicles for safety – the federal National Highway Transportation Safety Administration (NHTSA), and the private Insurance Institute for Highway Safety (IIHS). Both organizations conduct extensive crash-safety testing and provide crucial information to consumers on the relative safety of their new vehicle.

Volkswagen designs all its vehicles with safety in mind – and not only the safety of Volkswagen vehicle occupants, but the safety for the occupants of other vehicles and road users. With advanced engineering, in-depth research and attention to key safety details, Volkswagen has repeatedly received top accolades from both groups.

Most recently, the 2020 and 2021 Atlas, Atlas Cross Sport, Golf, Golf GTI, Jetta, and Jetta GLI received five stars overall from NHTSA’s testing for both driver and passenger safety in front and side impacts and rollover resistance.2

Here’s a look at the two main car-safety ratings systems in the United States:

The 2021 Atlas and the 2020 Atlas Cross Sport. Disclaimer: Only drive where it is permitted and always stay on provided roads and paths. See owner’s manual.

Established in 1978, the New Car Assessment Program crash tests new vehicles and rates them on how well they perform at protecting occupants in frontal, side and rollover crashes. The NCAP was designed to provide safety information to the public in an easy-to-digest form, and results from these tests are compiled into a rating of 1 to 5 stars, with 5 stars being the highest rating.

The vehicle safety ratings appear on the window stickers of new cars and are highlighted on NHTSA’s NCAP website. The program also includes a checklist of recommended driver assistance technologies – such as lane departure warning, forward collision warning and crash imminent braking – but these do not factor into the final ratings.

Some of the tests that the NCAP conducts include:

The 2021 Tiguan. Disclaimer: Only drive where it is permitted and always stay on provided roads and paths. See owner’s manual.

The IIHS, a safety research and testing group financed by auto insurers, evaluates three aspects of safety: crashworthiness — how well a vehicle protects its occupants in a crash —crash avoidance and mitigation — technology that can help prevent a crash or lessen its severity, and headlights – how well a vehicle illuminates the road at night without causing glare to other drivers. The group performs six crashworthiness tests, two frontal crash avoidance tests and a headlight evaluation to help determine a vehicle’s rating.

The rating system for crashworthiness and the headlight evaluation has four categories: Poor, Marginal, Acceptable and Good. The front crash prevention tests have three ratings: Basic, Advanced, and Superior. The best performing vehicles can earn a Top Safety Pick or a Top Safety Pick+ award.

Some of the tests that the IIHS conducts include:

While the testing methodologies of both organizations overlap to a degree, consumers should consider both when possible to help assess vehicle safety, while understanding that there is no accounting for every possible variable and situation. As the tests measure different challenges in a crash, vehicles that do well in one may not score as highly in another.